HomeAbout Us Submissions Contact Us Search Article Index Edition Index
Should Children with Severe Neurological Issues Be on Monitors During Sleep?
I personally know four children with severe neurological issues who have passed away suddenly during sleep.  While all had very severe disabilities, primarily cerebral palsy or brain malformations that caused them to be non-mobile, all were healthy children who were not expected to die imminently.  None required oxygen or respiratory support, some did not even have feeding tubes, and none were on any sort of monitor at night.  Their deaths were all shockingly unexpected.

I've often wondered whether deaths like these could be prevented if these children were on some sort of monitor at night.  While it is difficult to know the answer to this question, especially given the fact that this issue has not been studied to any extent, it seems plausible that some children could be saved if placed on monitors. 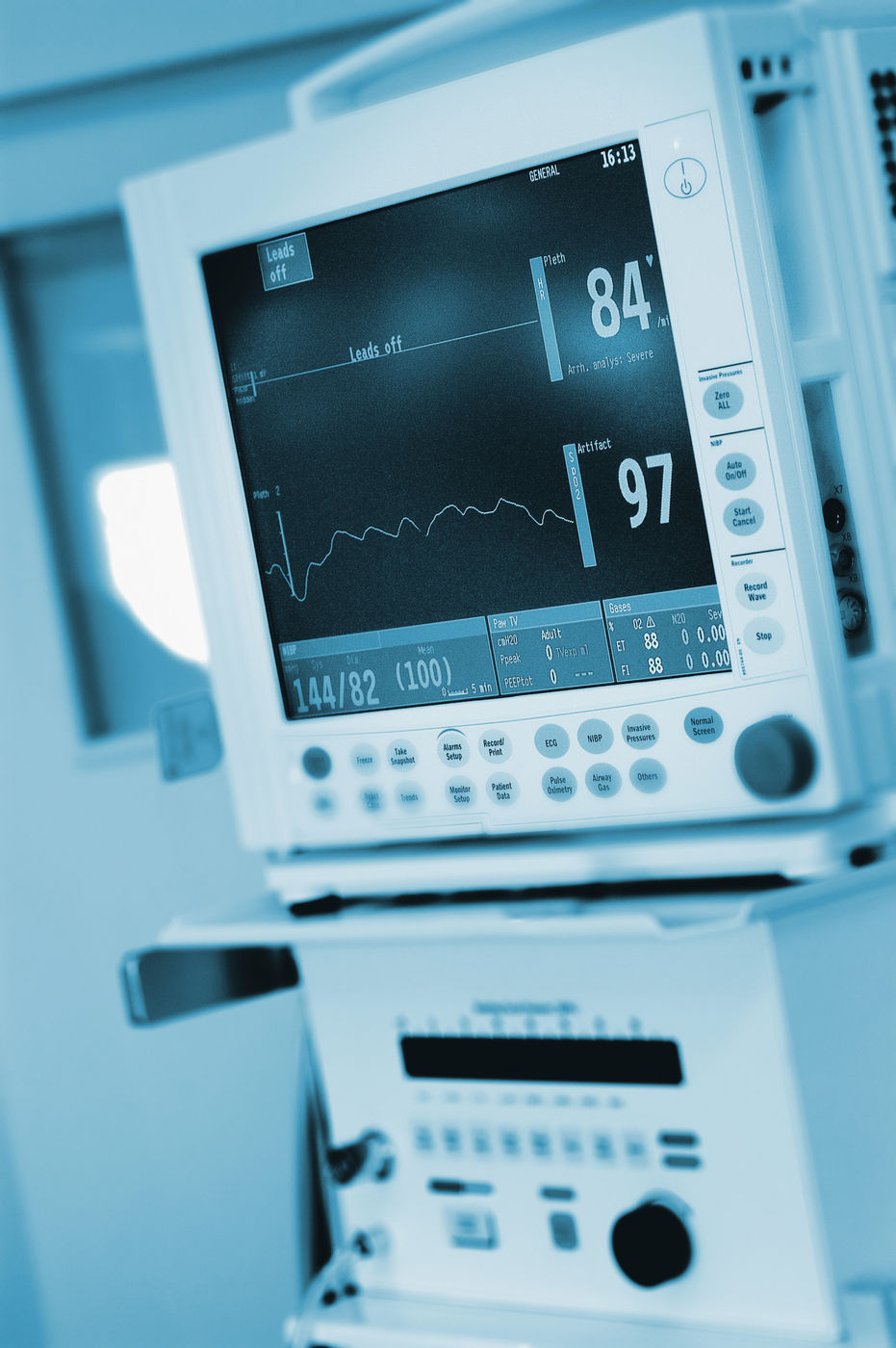 In this article, I will outline some of the main causes of sudden death in children with neurological issues.  I will also list the available medical and non-medical monitors on the market currently.

Causes of Sudden Death During Sleep in Children with Neurological Issues
There has been very little research conducted on sudden death in children with neurological issues.  The vast majority of research is made up of anecdotal case reports of individual children, and studies of life expectancy and mortality in this population.  As such, it is difficult to ascertain the most frequent causes of sudden death.

Seizures themselves are rarely fatal, unless they last a long time (usually more than 10 minutes) and cause brain injury.  It is also possible to vomit during or after a seizure and die from aspiration of secretions or vomit.  The next subsection of this article will address aspiration in more detail.  Some children have types of seizures that make them unable to breathe, which can be fatal.  Other children may have abnormal heart rhythms or heart rates during seizures that can lead to cardiac arrest.

In many cases, it is not the seizure itself that causes the sudden death, but the post-seizure or post-ictal state.  This often coma-like state may lead to changes in brain regulation of bodily functions, including dysregulation of breathing and heart rate, which may lead to sudden death.  Three potential causes are traditionally implicated:  cardiac mechanisms, respiratory mechanisms, and autonomic mechanisms.2

The most common cardiac cause for sudden death with seizures is a slow heart rate or stoppage of the heart during the post-ictal period that follows a generalized seizure.  Children who experience cardiac anomalies, either during seizures or all the time, have an increased risk for fatal seizures.

Respiratory complications during and after seizures may include apnea (periods without breathing) or hypoxia (low levels of oxygen in the blood).  After a seizure, the coma-like post-seizure state may lead to depression or suppression of the drive to breathe.  Children may breathe slowly or ineffectively, and may not respond to the body's need for increased oxygen.

Choking or Aspiration
Many children with neurological disabilities have conditions such as thick secretions, swallowing problems, reflux, or frequent vomiting.  All of these conditions may cause choking or aspiration of fluids into the lungs.  If a child is unable to clear the fluid from his or her airway, the child may be unable to breathe, ultimately causing death.

Children who cannot handle their own secretions or have very thick secretions need careful management of this issue, which may include medication, surgery, or frequent suctioning.  Sometimes, children who normally can handle their secretions have difficulty managing them during colds and respiratory tract infections.  Death has been reported to be higher in children with neurological issues when a child is sick with a minor illness or cold.

Many children receive tube feedings at night into the stomach.  While this may be necessary for the sake of nutrition, it also increases the risk of reflux, vomiting, and aspiration during the night, especially if the child lays flat on the bed while receiving feeds.   Some deaths have been reported in children who have choked on vomit or stomach contents during the night.  It is important to maximize reflux precautions for these children, ensuring that they sleep with the head of the bed elevated.  Some children may also benefit from a specialized hospital bed or a side-sleeping position.  Children who are frequent refluxers or vomiters may need to be fed directly into the small intestine or have an anti-reflux surgical procedure to prevent aspiration.

Suffocation or Entrapment
Children who are limited in their ability to move may become entrapped in their beds or bedding during the night, or may suffocate if they sleep on their stomachs.  A case series on accidental asphyxia in children with severe disabilities lists many potential causes of suffocation due to unsafe sleeping environments.3 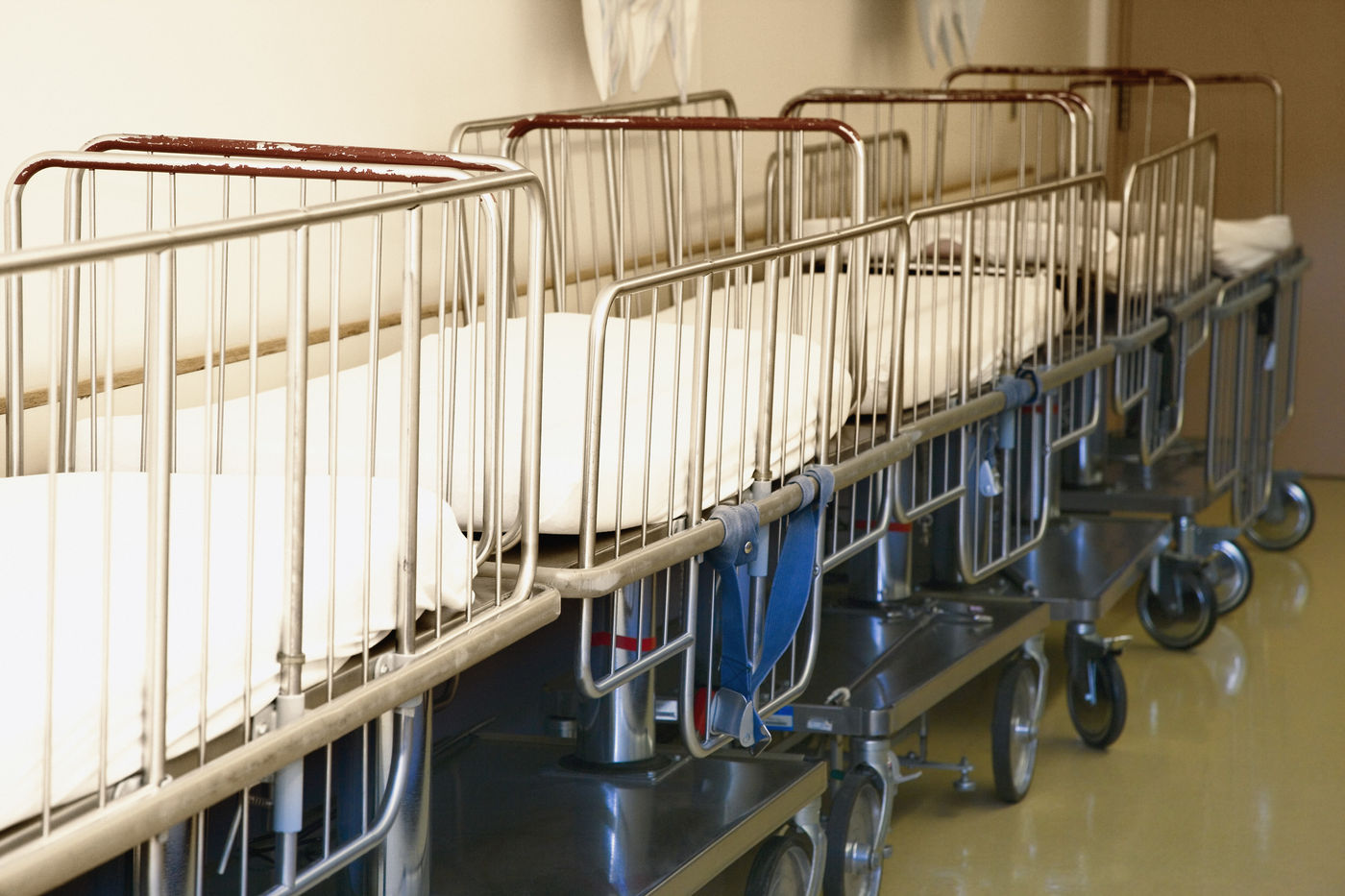 The cases reported include children whose standard beds had been modified with mesh bed rails or wooden planks to prevent them from failing out.  In one case, the child's head fell over the side of the wooden planks cutting off his air supply, while in the other case, the child became wedged between the mattress and the mesh bed rail.  Other deaths, including at least seven deaths from the Vail mesh enclosed hospital bed, have also been caused by entrapment between mattresses and side enclosures.

Children may also suffocate on padded side railings of certain beds, crib bumpers, sleep positioners, and in beds or cribs without tight fitting mattresses.  Suffocation may also be due to pillows, stuffed animals, comforters and other heavy bedding that covers the child's face.  Many children are unable to remove a bed covering that covers the face, or they may be unable to remove themselves if they become trapped against a side railing or bumper.  Sleeping on the stomach may also cause suffocation in some children, especially those who may have autonomic nervous system dysfunction.

Apnea
Apnea, regardless of cause, is another common cause of sudden death in children.  Children may suddenly stop breathing for a variety of reasons, including obstruction by secretions, a floppy airway, enlarged tonsils or adenoids, abnormalities of the face and jaw, a cold or respiratory infection, or a lack of regulation of breathing by the brain.  Some children may also breathe too shallowly, too infrequently, or ineffectively due to weak muscle tone or dysfunction in the brain.  Some of these children may experience "blue spells" or Apparent Life Threatening Events (ALTEs) that indicate ongoing issues with cardiovascular control, breathing or breathing control.  Children with reflux, lung disease or damage, and thick secretions may be at higher risk.4

Children with blue spells, snoring, stridor, craniofacial differences, and other symptom suggestive of apnea should be referred to either an ENT or sleep specialist to determine the cause of their breathing problems.  Surgery, ventilatory support, or medication may be provided to reduce the risk of death.

Other Causes
There are many other potential causes that are less common.  These may include undiagnosed or underlying cardiac problems, medication side effects, accidental medication overdose or poisoning, metabolic conditions, and a variety of other causes.

Should These Children Be Monitored?
It is technically possible to make the argument that any child--including any typically developing healthy child--is at risk for sudden death at night and should be monitored.  The likelihood of this happening, however, is extraordinarily low, and it is not only a hassle for parents, but it is also clearly not a cost effective measure.

Since there has been little research on the prevalence of sudden death in children with severe neurological issues, it is difficult to know if these children are only slightly more likely to experience sudden death or significantly more likely.  As such, decisions must be made on a case-by-case basis.

Children with a history of frequent generalized seizures, poor autonomic nervous system control, ALTEs, apnea, or severe issues with aspiration should definitively be placed on monitors.  Children with lesser issues should be considered for monitoring based on their level of mobility, seizure control, respiratory control, and other unique factors.

Unfortunately, insurers tend to see monitoring as not cost effective, particularly in regards to children without a need for oxygen or other ventilatory support.  It can be very difficult to convince these insurers that monitoring may save lives.  Further research is needed to determine the prevalence of sudden death in children with severe neurological issues to help convince insurers that this is a valuable practice.

Available Monitors
The standard medical monitors available include Apnea Monitors, which use electrodes on the chest to measure heart rate and respirations, and Pulse Oximeters, which measure heart rate and oxygen levels through a probe on the finger or toe.  The settings on both types of monitors may be customized to alarm in medically dangerous situations.

Both of these devices are quite expensive, and insurers are often reluctant to cover them.  They also require ongoing supplies, such as electrodes for apnea monitors and probes for pulse oximeters.  Both also tend to have many false alarms.  Most are supplied as rental items through a Home Health Company. 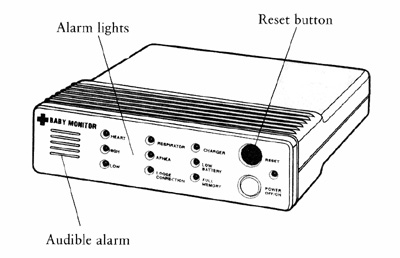 It is possible to purchase your own pulse oximeter.  Most of the less expensive models are only designed for spot-checks, however, and cannot be used continuously during the night.

There are a variety of other monitors available for purchase.  These fall into three main categories:  seizure monitors that detect movement from generalized convulsive (tonic/clonic) seizures, under-bed sensors that sense lack of movement, and clip-on sensors that detect lack of movement.  If your insurance or doctor is unwilling to provide your child with an Apnea monitor or Pulse Oximeter, these may be valuable alternatives.

Seizure monitors include the following:

Medpage Ltd Epilepsy Monitors
Monitors movement and sound; only for children with generalized tonic/clonic seizures.  This product is classified as a medical device and may be covered by insurance.
Emfit Movement and Epilepsy Monitors
Both the Movement and Epilepsy monitors detect movement.  The Epilepsy monitor also monitors sound, heartbeat, and breathing.  These are best suited for children with generalized tonic/clonic seizures.  Currently, the Epilepsy monitor is not available in the US.  The Movement monitor is available, but is not classified as a medical device and is not likely to be reimbursed for by insurance.
Sensorium Sensalert
This is a UK product only.  It is a pressure sensor for children with generalized tonic/clonic seizures.
Under-bed sensors include the following:

Clip-on movement sensors include the following:

Concluding Thoughts
My daughter was placed on a Pulse Oximeter at age four when she began taking narcotics and there was concern that they would cause respiratory depression.  Before being placed on the monitor, I would walk into her bedroom each morning never knowing if she would be alive or dead.  She had many risk factors for sudden death, including not being able to move her body on her own, severe reflux, chronic vomiting, daily seizures, a history of aspiration, sleep apnea, and autonomic nervous system dysfunction.