Moses* lives in Pennsylvania and has a GJ tube, congenital heart disease, and some mild motor issues.  He receives 84 hours per week of nursing care.  Megan* lives in Illinois and has a GJ tube and severe cerebral palsy.  She is not eligible for nursing care and receives only four hours of respite per week.  How can children with such similar levels of need receive such different levels of service?

States are given lots of latitude in creating Medicaid waiver programs, respite programs, and other similar programs.  They are able to designate their own criteria for admittance into each program, and there are no federal standards as to what levels of medical complexity, technology dependency, or medical fragility require nursing care and respite.  As a result, the amount of nursing and/or respite a child receives varies dramatically based on his or her state of residence and insurance status. 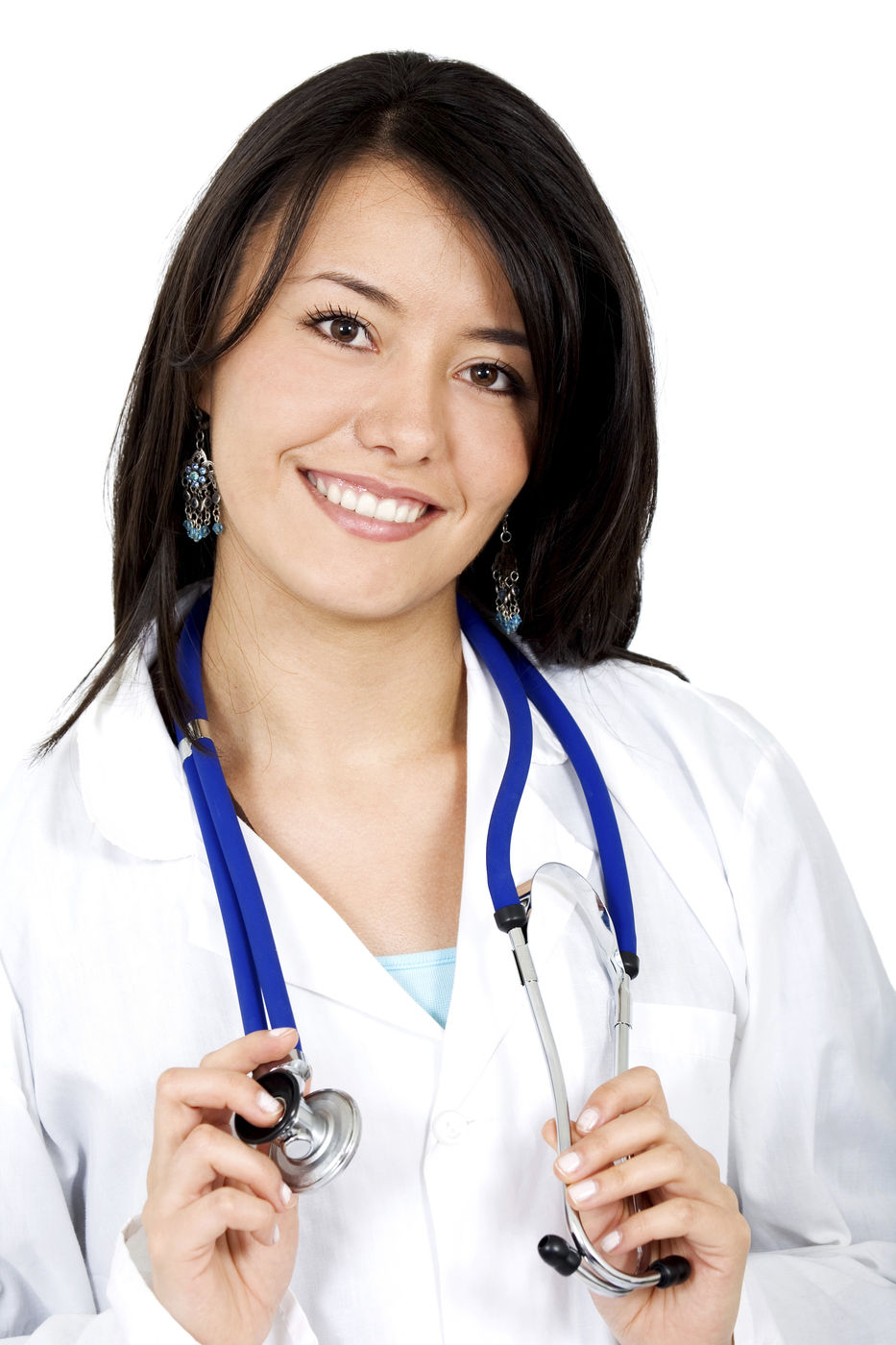 In order to get a better understanding of what services children are or are not receiving, we undertook a brief survey of families who either receive nursing/respite or believe they should receive nursing/respite.  Surveys were completed for 95 individual children.  Questions were asked to determine how many hours of care each child received, what type of provider worked those hours, and how medically complex each child was.

One of the questions asked was who pays for nursing and respite.  Of families whose children currently receive nursing or respite, the vast majority had their care paid for by some type of Medicaid program.  56 out of 67 (84%) children currently receiving services had them paid for in part or wholly by Medicaid.  The vast majority of these children, 39 out of 56 (70%), received services through Medicaid waiver programs, including waivers for children who are medically fragile or technology dependent, Katie Beckett waivers, TEFRA waivers, or waivers for children with developmental or physical disabilities.


Table 1:  Payers for 67 children currently receiving nursing and respite care.  Children may have more than one payer, including more than one Medicaid program.


Families were also asked why they needed nursing care or respite.  Most children needed these services for a variety of reasons.  Almost all children, 84 out of 95 (88%), received these services due to medical needs, such as having a trach, feeding tube, oxygen, or seizures.  More than half of the children, 52 of 95 (55%) also had a physical disability.  87 of 95 children (92%) used some form of medical technology, 90 of 95 children (95%) were at least mildly medically fragile, and 59 of 95 (62%) were fully dependent for all of their activities of daily living (ADLs), such as bathing and feeding.  See Table 2.


Table 2:  Reasons for nursing/respite care.  Most children have multiple needs.

All participating children received a needs assessment score from 0 to 9 categorizing their level of need.  Children could receive 0 to 3 points in each of three categories that are typically used to determine medical complexity:  technology dependence, medical fragility, and dependency for activities of daily living (ADLs).  Points were awarded as follows:

Scores were totaled based on parental report for each category.  The average score for all children was 5.9 points.  See Table 4.


Table 4:  Needs assessment scores.  Number of children in each group is in parentheses.


Children Who Received No Services

A large percentage of children, 28 of 95 (29%) received neither respite nor nursing care.  Of these, eight children (29%) chose not to participate in a program or receive hours, often after a negative experience with nursing or respite in the past.  Two children, both with high levels of needs, were unable to participate in their program due to a lack of staffing.  These ten children scored higher than average on their needs assessment, with an average score of 6.4 points.

On the contrary, children who were not eligible for any programs or whose parents were unaware of any available programs scored much lower than average.  These children averaged 5.3 points for their needs assessment score.  It is important to note that these children still scored higher than the average score of children who received respite care from a layperson (4.9).  In other words, most of these children would clearly be eligible for services if they lived in other states.

Of children who received no services, 8 of the 29 children (29%) were high or moderate users of technology, moderately or extremely medically fragile, and dependent for all needs.  These children clearly have unmet needs due to their high level of care.


Children Who Only Received Respite Care from a Layperson

Some children, 14 out of 95 (15%) only received a small number of respite hours provided by a layperson with no formal medical training or certification.  In general, these children had significantly lower needs, with an average needs assessment score of 4.9.  Most of these children had lower scores for technology and medical fragility, but had very significant dependency needs, with 8 of the 14 children (57%) being fully dependent for all ADLs.

In total, children receiving respite care had lower levels of overall need, and had lower levels of technology use and medical fragility.  These children, however, still had substantial needs, with the vast majority of them being dependent for some or all of their ADLs.  Four children in this group had a total needs score of 7 or above, showing a great need for assistance, and two of these four children only received 2-8 hours per week of care.  There are clearly unmet needs among many of these children.

Once again, children in this category tended to have high levels of dependency for their ADLs, with 6 out of 8 children (75%) being fully dependent for all of their care.  Levels of technology tended to be lower, and most children were mildly to moderately medically fragile.  Three children in this group, however, had scores of 7 points or above on their needs assessment, demonstrating a great need for assistance.  While two of these children received a high number of hours, one only received 9-16 hours per week.  In addition, two of these children had high levels of medical technology, such as a trach, vent, or central line, which cannot be cared for adequately or legally by a CNA.

Just under half the children, 45 out of 95 children (47%), received some form of nursing care from a licensed or registered nurse.   In general, children who received nursing had higher overall levels of need, with the average child scoring 6.5 points, as compared to the overall average of 5.9 points.

Children who received nursing care tended to be both more dependent on technology and more medically fragile than those who did not receive nursing.  In addition, the more technology dependent or medically fragile a child, the more likely he was to receive more nursing care hours.  Because most children were fully dependent for all of their needs (30 of 45 children or 67%), dependency scores did not vary based on number of hours received.  The higher the child's overall needs score, the greater the likelihood that he received more nursing hours.  See Table 5.


Table 5:  Number of nursing hours received, correlated with average scores for technology use, medical fragility, dependency for ADLs, and overall total score.  Children can score a maximum of 3 points for each category, for a maximum of 9 points for the total score.

We considered children with a score of 7 points or higher as having the greatest need for nursing care.  Children who scored 9 points, the maximum, did receive significantly more nursing than other children, with 4 out of 6 of them (67%) receiving 100 or more hours per week, and the remaining two receiving between 41 and 100 hours.  Children with a total score of 8 points also all received 41-100 hours per week.  For children who scored 7 points, a wide spread of hours was seen, with two children (14%) receiving more than 100 hours, 7 children (50%) receiving 41-70 hours, 4 children (29%) receiving 17-40 hours, and 1 child receiving 9-16 hours.  It appears that states consistently award large number of hours to children with the greatest overall needs (scores of 8 or 9), but those with more moderate needs (scores of 6 or 7) may or may not receive a large number of hours.  Children with mild needs, who scored 5 total points or less, rarely received more than 70 hours per week.

While there were definite overall trends correlating medical need with nursing hours in this survey, the results also show that different states handle children very differently.

Children who received moderate scores of 6 and 7 were even more likely to vary in the amount and type of nursing or respite care they received.  While children in Maryland and Idaho were not even eligible for programs, children in New Jersey and California received 100 or more hours of nursing per week.

From this survey, it is clear that there is no standard for awarding specific numbers of hours to children with special needs, nor is there any standard practice determining what level of medical professional should provide care to these children.  In order to remedy this problem, states need to better agree on how to identify what children are in need of services, and provide appropriate levels of care and service.  While in general children with greater needs received more services, especially if they used high levels of technology or were very medically fragile, children with mild and moderate needs received a hodgepodge of services and hours.

This survey also demonstrates that there are many unmet needs for families across the United States.  Many children with significant needs received no or few hours of care, and some children were unable to access care due to a lack of staffing or programming in their locale.  Many children who did receive hours were only awarded a small number of hours despite significant needs, including high levels of medical technology or medical fragility.  In many cases, children only received hours from a layperson or CNA, who is likely unable to fully meet their medical needs, since these individuals often cannot administer medication or perform certain medical procedures.

In sum, this survey demonstrates that where you live is more important in obtaining nursing care or respite than your child's needs, particularly for children with mild or moderate needs.  This is truly unfortunate and unacceptable.  A child's care should not be dependent on the state in which she was born.  She should receive adequate and appropriate services no matter where she is located.
*Names changed to protect identities.