For many families, their greatest monthly expense is the cost of formula used for tube feeding or specialized oral feeding.  Children with a wide range of digestive diseases, metabolic conditions, allergic or inflammatory disorders, swallowing problems, craniofacial abnormalities, and other diseases or conditions require these specialized formulas as their full or partial source of nutrition.  Unfortunately, in many cases, insurance does not cover the cost of formula.  For some children on the most specialized formulas, the cost may be as much as $1000-$2000 a month, just for formula. 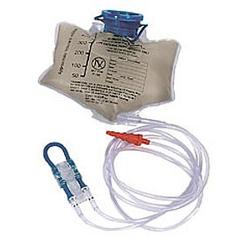 In most cases, these children have no other options other than formula to meet their nutritional needs.  But because formula is typically associated with healthy infants, and parents are typically expected to shoulder the costs of feeding their children, many insurers refuse to pay for formula, even when it is highly specialized and extremely expensive.

The good news is that many insurers do pay for formula, and children who are eligible for WIC or enrolled in most Medicaid programs typically get formula covered.  But many states and insurers limit coverage to certain conditions or feeding methods.  For example, many insurers will pay for specialized elemental formulas that are fed enterally through a feeding tube, but will not pay for the same formula if it is consumed orally.  Obviously, children with allergic, metabolic and digestive conditions who are able to consume formula orally should not be forced to have an expensive feeding tube placed just to receive coverage for formula.

In other cases, insurers may only pay for formula for children with inborn errors of metabolism or kidney disease, while children with swallowing problems or digestive diseases cannot receive coverage.  In some states, coverage may be lost when children who are tube fed begin to take a percentage of their calories orally.  The rules are haphazard, imprecise, and inconsistent.

For an example of the variability of laws regarding inborn errors of metabolism in different states, see this document from US Department of Health and Human Services.

Many states, approximately 38 states as of 2010, mandate coverage of formula or special foods for children with inborn errors of metabolism.1  16 states cover all children with inborn errors of metabolism, while six states only cover children with PKU, and the remaining states cover select disorders.  Most states, 28 out of 38, cover both formula and special foods, such as low protein foods.  10 states only cover formula.  In addition to the 38 states with mandated coverage, 12 states have funding for coverage through Medicaid and other programs.

Several states have laws on their books mandating coverage of formulas for other disorders.  These currently include Arizona, Connecticut, Illinois, Maine, Maryland, Massachusetts, Minnesota, New Hampshire, New Jersey, New York, Oregon, Rhode Island, South Dakota, and Texas.  For a summary of the law in each state, see this page from Neocate, a manufacturer of specialty formulas.

In addition, none of these state laws applies to the large self-funded insurance plans that more than half of individuals carry, though there has been a tradition among self-funded plans to honor state laws.

A bill was introduced in the 111th Congress (2009-2010) to cover medical foods.  No action was made on the bill before the end of Congress, and so the bill was declared dead.  The bill was reintroduced into both the House and Senate in 2011 by Representative Tammy Baldwin (H.R. 1311) and Senator John Kerry (S. 311) as the Medical Foods Equity Act of 2011.  Both versions of the bill were referred to committee earlier this year, and will hopefully make it out of committee and brought to a vote.

This bill would mandate coverage for medical foods, including food, formula, and specific nutritional supplements given by feeding tube or consumed orally.  The bill includes coverage for vitamins, supplements, and amino acids, such as those in the typical Mito cocktail.  Medicaid, Medicare, CHIP, Tricare, and private insurance companies would be required to cover these items, plus formula and medical foods.

However, this coverage is only mandated for medical foods that are, “formulated to be consumed or administered under the supervision of a qualified medical provider, for the treatment of conditions as recommended by the Advisory Committee on Heritable Disorders in Newborns and Children, and the medical equipment and supplies necessary to administer such food.”2   While it would greatly improve coverage for children with inborn errors of metabolism, many children who require medical foods would be excluded.  Thus, children with eosinophilic disorders, swallowing problems, motility or other gastrointestinal disorders, and many other conditions would not be covered by this legislation.

Coverage for medical foods is an issue that affects thousands of children with a wide variety of conditions and diseases.  Thus far, separate groups have campaigned for legislation on different fronts with good success.  Those with inborn errors of metabolism have been the most successful in obtaining state mandates and pending federal legislation.  Most of these laws are very strictly written to cover only this population.  On the other hand, groups campaigning for eosinophilic disorders and motility disorders have been somewhat successful in obtaining state mandates within several states.